Navigating the Challenges of Expatriation: Insights from Dr. Catherine Koini and Andrew Kris

Gender equality in the workplace is improving, but women are still subject to a number of stereotypes and myths across various industries and job roles.

No matter how far up the career ladder they climb, women still can’t escape these tired prejudices. Below you will find a handful of the most pervasive myths, but bear in mind that these are just the tip of the iceberg. By Tess Pajaron of Open Colleges.

Many women are actually able to successfully strike a balance between their careers and their children. These days, stay-at-home-dads are taking on the parenting ‘day shift’, nannies are stepping in to help, and children are becoming independent early on. As such, mothers have more resources and freedom to own their careers. And you could even argue that a mother makes a better leader, given that she is a master of patience, discipline, and compassion at home.

2. They are less effective leaders

This is perhaps one of the more obvious stereotypes, as there is zero empirical evidence to back this up. On the contrary, there is plenty of evidence to support the opposite: that women are highly effective leaders. Take business maven Sheryl Sandberg or Black Lives Matter co-founder Alicia Garza or presidential contender Hilary Clinton, for example. Plus, if we look at traits considered to be ‘effective’, we’ll see that women consistently score higher than men.

3. Their emotions cloud their judgment

In general, women tend to be seen as more emotional than men. Two things are problematic here, though. The first is that emotion is seen as a negative thing, especially in business where leaders are expected to be emotionally stoic. The second is that it is a gendered trait. What this myth really highlights is the perceived effect of emotion, whether or not there is in fact evidence to support the claim that ‘women are more emotional’. It is possible to be an emotional woman with sound judgment, just as it is possible to be an emotional man.

4. Their voices are always heard, especially at the top

No matter how prestigious their jobs, women still contend with being overlooked when they bring good ideas to the table. More recently, we have heard from President Obama’s female staff members adopting the ‘amplification’ strategy during meetings. By echoing and giving credit and praise to the woman with the idea, they ensure that they are all heard and given credit where credit is due.

The term ‘bossy’ is in itself a gendered word. People don’t generally describe male leaders as ‘bossy’. Instead, they are branded ‘demanding’, ‘authoritative’, or other terms that also denote respect and admiration. Each is a loaded word, but they aren’t always assigned appropriately or fairly.

6. They don’t ask for raises

For those unfamiliar with the gender pay gap, women earn roughly 78% of what men earn for the same jobs. The gap gets even wider for minority ethnicities and the elderly (source). Many people are keen to blame this gap on women’s assumed shortcomings. Specifically, the belief that the pay gap between men and women is due to the myth that women don’t ask for raises. This is actually not the case; they do ask for raises—they’re just less likely to get them.

Unfortunately, this is just a handful of the many myths about women in business (and women in general) that are circulating in a day and age that we would label as ‘progressive’. So for the respect of women everywhere, don’t let these myths go unopposed when you encounter them. Don’t be afraid to call someone out on their prejudice and don’t let derogatory jokes get by on laughs. Speak up, and help to make the workplace a more equal place. 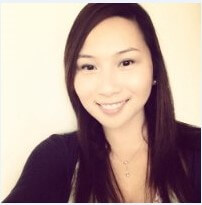 With a background in business administration and management, Tess Pajaron currently works at Open Colleges, Australia’s leading online educator. She likes to cover stories in careers and marketing.

Making everyday work easier for people is one of the fundamentals of Hiab’s Employees First culture. In this article Hiab’s CHRO shares how they are striving to enable their employees to do an even better job through an easier work environment.

DEI Lighthouses: here’s what works for diversity, equity and inclusion

Businesses across the world are forecast to spend more than $15.4 billion on diversity, equity and inclusion (DEI)-related efforts by 2026. But progress on DEI is slow and in order to accelerate change worldwide we need greater clarity on what works, and what does not. The Global Parity Alliance’s DEI Lighthouse report outlines five success factors across initiatives that had the most sustained impact.

Navigating the challenges of expatriation: insights from Dr. Catherine Koini and Andrew Kris

In this episode of the Borderless Executive Podcast, Dr. Catherine Koini and Andrew Kris share their personal experiences and insights on living and working abroad as internationally mobile executives. From managing stress and anxiety, to adapting to a new culture.

How can we help you?